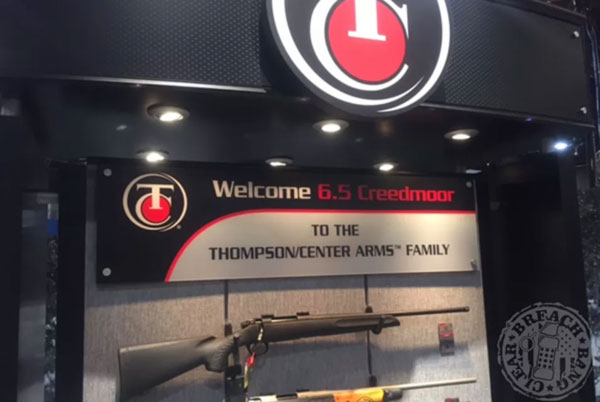 The historical argument for terminal ballistic performance has always been “bigger is better.” This argument has been fought for decades in the pistol market between 9mm and .45. Translate this into long rang precision and you find team .30cal fighting a losing battle to 6.5mm and 6mm fans.

The .308 or 7.62×51 has been the long-time champion of military and popular short action calibers; both the venerable M118 and newcomer AB39 have canceled many a birthday of many a bad person. The round was developed in 1954, and you would be hard pressed to find a popular rifle company today that doesn’t offer multiple models chambered in 7.62 or .308. It works well in bolt action and semi-auto rifles and is fielded by the US military and almost every police department special weapons unit in the country.

But technology progresses and bullet designs get better…and the ol’ war horse .308 starts to show its age.

While the Sierra Match King 175 is one of the most stable-performing bullets ever designed, muzzle velocities in most typical .308 rifles still hover around 2500-2600fps. The case capacity of the .308 doesn’t allow much opportunity to increase it, thus .30cal bullet development has usually been based around heavier bullets requiring much higher speeds to fully utilize the increase in ballistic coefficient.

To get the required speeds, shooters must step up to long action rifles in calibers like .300 Win Mag or .300 Norma. But what if you could have the ballistic performance of a .30 cal magnum in short action with less recoil and still be able to kill just about any game animal in North America?

Neither 6.5 nor .260 calibers are a new phenomenon. The 6.5×55 Swede was developed in 1891, with more current popular options such as the .260 Remington (1997) and 6.5 Creedmoor or Creed (2007) developed far more recently. With modern advances in rifle powder and bullet design, these cartridges present a huge advantage over the old .308 in the same size.

By offering shooters a much flatter trajectory with less wind deflection and recoil, the 6.5 Creed and .260 have become even more popular recently in practical precision rifle shooting competitions like the Precision Rifle Series and National Rifle League. These cartridges can be shot reliably out of both bolt action and semi-automatic rifles based around the same actions and receivers as the .308. This gives shooters magnum capabilities in the same lighter-weight platforms they’re used to.

Whether for hunting, shooting competitions or MIL/LEO use, these calibers’ capabilities can’t be ignored and are a major reason USSOCOM is strongly considering .260 and 6.5 Creed as a replacement for all current .308 semi-automatic precision rifles.

Once upon a time, rifles in 6.5 Creed or .260 Rem could only be obtained if you called your favorite gunsmith and ordered a nice new custom rifle chambered in the desired caliber. You had to have the ability to reload, as factory ammunition was hard to come by, and this only allowed more serious shooters to benefit.

Over the last couple years companies such as Hornandy, Prime Ammo, Applied Ballistics and others have begun offering very accurate ammunition in these calibers, allowing people to buy off-the-shelf ammo to feed their rifles. Then this year at SHOT Show it seemed like every other company there was releasing a new rifle in either 6.5 Creed or .260. Companies like Grey Ghost Precision, Weatherby, Winchester, Tikka, Savage, Mossberg, Nemo Arms, Ruger, and many more all had new offerings in one of the 6.5 calibers.

Many are more than reasonably priced and offered shooters many options for the money.

While it would take quite a while to list every company capable of manufacturing a 6.5 caliber rifle, these are some examples of factory, off-the-shelf rifles available through most stocking dealers. Some were quite a surprise to me as well.

Let’s us know if you missed one. Tag us in a picture with your six-five on social media. No dick pics, please.

This was brought to you today by EOTech, a member of JTF Awesome.