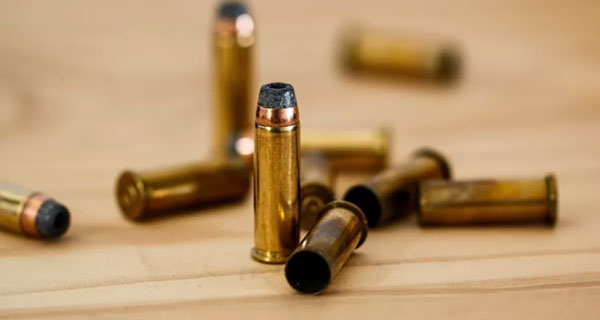 It burns! No, we’re not talking about getting your bore punched after a visit to the Philippines. Mad Duo

Relates to: Measurements(s) and Adjustments

Definition: The burning of propellant found in modern firearms relating to a percentage burned in a specific length barrel.

Why it Matters: This term is primarily heard in online arguments over required barrel length. If you frequent any precision rifle board or AR15 board and hang around long enough someone will start an argument about application of a short barrel in X-caliber being just as good as another longer barrel. For any modern cartridge, barrel length has a direct link to muzzle velocity. Longer barrels give the propellant more time to burn and build pressure behind the bullet before it leaves the muzzle. The second the bullet leaves the muzzle the bullet starts slowing down. Bullets fly the most predictably in supersonic flight, so the faster it is when it starts its flight, the longer the distance is before passing into transonic and subsonic flight. This comes down to retained velocity. The more retained velocity over the same period of time or distance, the more efficient. The transition into trans and subsonic flight can cause a bullet to fly erratically because of the rate at which the bullet loses velocity.

Depending on the load used, there typically will be an ideal barrel length where you reach a point of diminishing returns as barrel length increases. This is regarded at the point in which the increase in muzzle velocity is not worth the extra length of the gun. You can reach a point where eventually an increase in barrel length will stop increasing muzzle velocity. This is caused by the bullet traveling down the bore increasing the bore volume to a point where there is no longer pressure on the back of the bullet accelerating it. This would typically happen in ridiculously long barrels, but it can happen. So, powder burn is in reference to a percentage of burned powder before the bullet leaves the muzzle.

For example, in a standard .308 bolt action rifle you gain between 100-150 Feet Per Second (FPS) muzzle velocity between 16″ and 20” barrels so average about 25-30 FPS per inch. After 20” for every additional inch of barrel you may only gain 20 and then 10 and eventually you’ll reach a point where all powder has been burned and there is nothing else pushing the bullet. Much of this is barrel, bullet and powder dependent. Not all barrels, twist rates, twist types, or powder types react the same to an increase or decrease in barrel length, but the basic concepts still apply.

A more in depth explanation from Jayden Quinlan, a Ballistics Engineer for Hornady Manufacturing:

“Barrel length vs Velocity: With a .308-type cartridge velocity will increase or decrease about 25 fps/inch of barrel added or removed. I would say this under the premise of all things being equal. Bore and groove dimensions and chamber dimensions will play into it as well. As you go to cartridges that produce more or less velocity than the .308, this 25 fps rule will change slightly. Typically the faster the muzzle velocity produced, the more change in velocity when changing barrel length. I would say in a .308, between 16″-24″ the 25 fps rule will serve you well. Here is some data on a 168 gr .308 load out of different barrel length, chamber, and probably bore and groove dimensions:

It also is heavily dependent on the powder used. For example, a subsonic load in a .300 blackout can be fired out of a 16″ or a 10″ barrel and will produce essentially the same velocities. Once you get into regular supersonic loads, the amount or percentage of propellant burned will also contribute to produced velocity.”

Special Thanks to Jayden Quinlan and Hornady Manufacturing for the help.

To get way deep in the weeds, read the University of New Mexico’s School of Engineering, Computational Interior Ballistics Modeling.

For some interesting history, check out the US Army’s Ballistic Series from 1965: Army Material Command Pamphlet 706-150.

Go even further Text Book for the Use of Student Officers at the US Artillery Schoolback with Ingalls’ , 1894.

Revolvy has an interesting page that includes a little about powder burn, here: Internal Ballistics.

Brought to you today by SureFire (/SureFire/). A member of JTF Awesome.