The 90s Called – They Want Their Drop Leg Holster Back 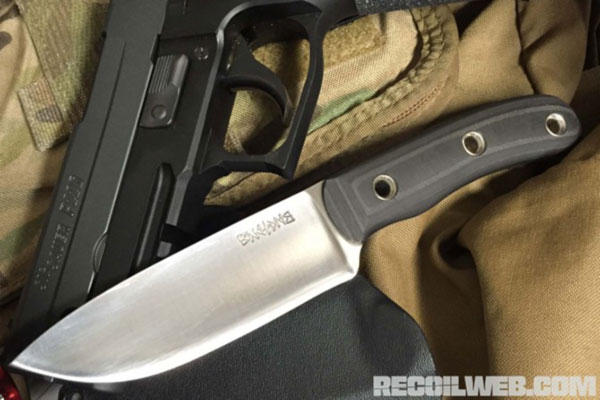 Explaining what makes a custom knife worth the money sometimes proves to be an interesting endeavor. It’s like trying to explain the difference between a handmade piece of wood furniture and a particle board Lego style piece from IKEA to a college student. A knife out of the display case from your local hardware store might meet your needs at the basic level, but there’s something to having a handcrafted blade, built for a very specific purpose, by one of a small (and arguably shrinking) number of true craftsmen left in the industry.

For those of you who follow the world of custom knives, Ban Tang may be a name you’re already familiar with. For those of you outside the trust tree, Ban is known for some of the sharpest pieces of steel to grace human hands. Finding his passion for knives at a young age, Ban crafted his first knife in 1998 — but he was a collector and enthusiast for many years before that.

Ban didn’t start seriously focusing on his knife making until 2007. He began with modifications and regrinds made to Busse knives, then released his first real standard design in the BT4. Ask Ban what builders he drew inspiration from, he’ll mention RJ Martin of RJ Martin Custom Knifes (rjmartinknives.com), Kevin McClung of Mad Dog Knives,  and Jerry Busse (www.bussecombat.com). Looking over the Ban Tang lineup, those influences are clearly visible, though he’s inserted his own twists and touch into each design.

Ban offers a variety of styles of fixed blades knives covering varying blade and handle shapes and styles. He is a very proudly a self-taught knife maker, learning his craft the good ol’ fashioned way of trial and error. He credits Ron Hembrook for taking the time through emails, to give pointers about knife making and equipment choices.

Ban’s outlook on the purpose of a knife is pretty basic; it has to cut, and it has to cut well. Ban is known for his sharpening regimen, his ability to turn out knives capable of removing every hair on your body, with very little effort (you know, if that’s what you are into). You won’t find overly complicated knives with frills and exotic features in the Ban Tang lineup.

Instead, he focuses on expertly executed simple designs, built for a purpose.

“A good knife maker is someone who masters the details of the basics.” Ban Tang

We’ve been following Ban Tang for a few years now; all it took to pique our interest was seeing the picture of a Ban Tang Pikal (one of his more popular designs). The simplicity and purpose built execution had us hooked.

We contacted and then remained in touch with the craftsmen for many years. Finally,  after much  talking back and forth, Ban mentioned he had a just-finished BT4 Choiless available, asking if we were interested in trying it out.

That was like a 16 year old kid being offered the keys to Dad’s Ferrari. We accepted, and three days later the box arrived. We thought initially he’d forgotten to send the knife it was so light. Thankfully, inside was the small blade we’d be spending so much time with in the coming months.

To say Ban Tang knives are sharp is an understatement. They are physically close to being a razor blade.

The deep hollow grind is evident and assists greatly with the knife’s overall light weight. The blade is a very usable size, with a drop point shape that makes sharpening much easier (though Ban Tang offers free sharpening for all his knives, as long as he can still grind).

Seeing the quality of his work, having his resharpen the knife is will worth the cost of your shipping.

The fit and finish on the knife is superb, with the edges of the carbon handle blending perfectly into the steel of the full tang. The carbon texture is smooth, and doesn’t offer your typical combat knife aggressive grip, but we found it more than adequate for both our needs and the knife’s intened function.

This knife is not a pry bar, nor the typical 1/2 in. thick piece of tool steel you see on so many combat knives these days. The BT4 Choiless is designed to cut, and cut it does. We wore the blade in the small of the back, inside the waistband, and thanks to its light weight and low profile hardly noticed it was there.

We’ve used it to open boxes, cut vegetables, and hell, even slice a nice slab of ribs right off the smoker. The knife shears through everything effortlessly and has remained hair-cutting sharp the the entire time.

Size and shape make the BT4 Choiless an ideal tool for use as a camp knife or hunting knife. It’s more than up to the task of skinning an elk or deer. It’s only downside thus far is Ban’s super hollow grind — it initially feels almost brittle, but closer inspection and use will quickly dispel that perception.

Knife making, much like custom 1911 building, has seen a huge resurgence recently. CNC machines, water-jet capability and other technologies have given makers a quick 90% solution, at a much lower cost. However, the true artisans tend to still float to the top. You can usually identify them by their eagerness to continue learning and perfect their craft, instead of staying in their comfort zone. Ban is one of those who strives to continue learning and improving.

“I am not so sure I would consider myself in an elite group. There are lots of talent out there, and I do my best to get inspiration from various people good at what they do.”

We’d argue he doesn’t give himself enough credit. His knives show the care and passionate attention of a true craftsman. We highly recommend his work. 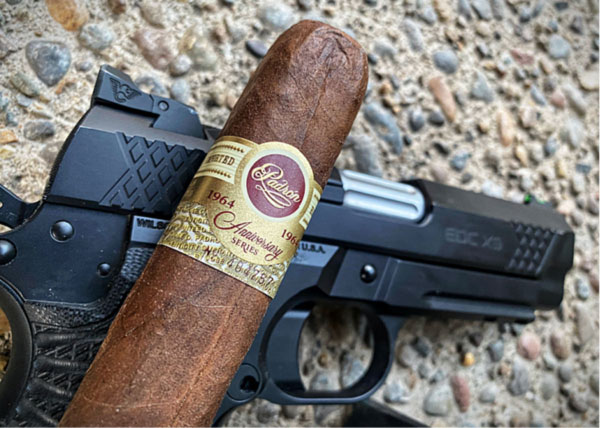 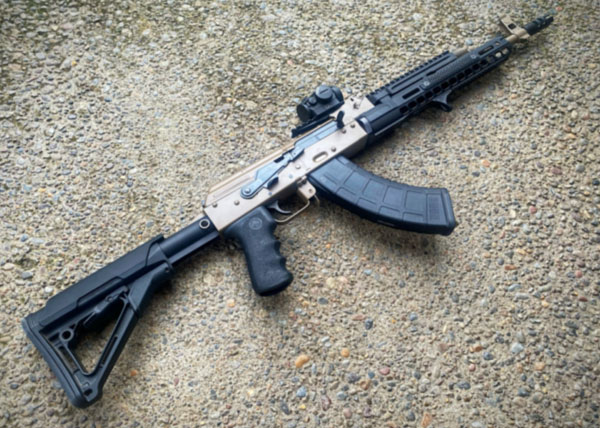